This year brought many new changes - from a new green screen studio to an updated tricaster. We also expanded from a weekly show on Wednesday to three shows a week on Monday, Wednesday and Friday. In all, we produced 39 editions of ONW...NOW!

However, the biggest change had to be the quality of the students' work. We made huge leaps this year from a year ago. Storytelling and shot composition/sequencing were the things we focused on the most - and it paid off. I believe we had more visually compelling and interesting stories than ever. It is a huge celebration.


Our sophomore A/V class also came a long way this year. As freshmen, they used flip cams and edited stories on iMovie. This year, they moved to professional-grade Panasonic cameras and edited on Final Cut Pro X. Here is the final show that they produced:

I am already making plans for next year. We are going to have a "boot camp" this summer to get a head start on the year, and I am excited about the work we will produce.
Posted by Court Allam at 7:15 AM No comments:

Email ThisBlogThis!Share to TwitterShare to FacebookShare to Pinterest
Labels: Video

I wanted to share a great video that one of my sophomore A/V students created for her final exam.

This is a story about a champion gymnast who took her skills to the diving team this year.

I love this story because she has great sequencing throughout the video, but especially at the start:


She did a really nice job of filming from the same spot (maintaining the 180 degree rule), while making it look like it was one continuous dive. You can't really tell that she filmed several dives to get the footage.

The only thing I wish this sequence had was a close-up of her face as she prepared to jump. That would have added more emotion to the sequence.

See my previous post about "Advanced Video Sequencing" to learn more about sequencing.

Posted by Court Allam at 6:22 AM No comments:

First, we watched a variety of music videos and talked about some of the common elements. They all tell a story, they have tons and tons of shots, and the shots change every couple of seconds and are synced to the beat.

We worked on editing to the beat using the Marker (M) function in FCPX, storyboarding, and filming lots and lots and lots of shots.

Here are some examples:

Posted by Court Allam at 8:48 AM No comments:

Email ThisBlogThis!Share to TwitterShare to FacebookShare to Pinterest
Labels: Video

Crafting a story through editing

When I work with my video students, teaching them to tell a solid STORY is probably the most difficult thing to do.

We all know that stories should have a beginning, middle and end. When you are a great storyteller, that comes naturally. However, students need to follow a formula to take them through the process of telling a story through editing. Telling a story chronologically is one of the easiest formulas for students to follow. 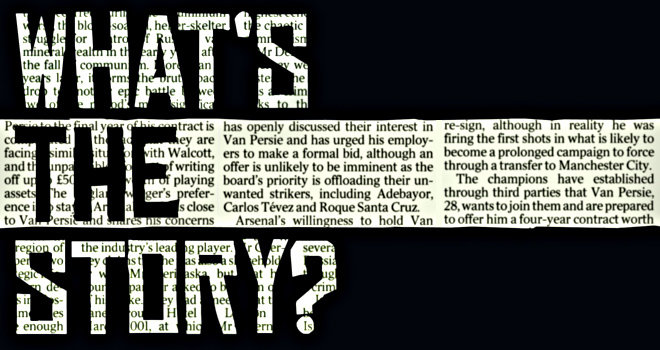 I want to share an example of a video one of my sophomore video students produced:

For this video, he set out to produce a story about a fashion show at our school. He went to the show, filmed, and came back to class to review the footage. He called me over to look at what he filmed. It looked nice - but it was basically medium to wide shots of models walking on the runway. There wasn't much to work with to tell a compelling story.

After a discussion, we talked about changing the story angle to show the PROCESS of what goes into putting together a fashion show: the beginning, middle and end. The end was easy - the fashion show itself. However, he needed to go collect footage of the creation process of the clothing to have the beginning and middle of the story.

He went to the fashion design class to collect footage. After returning with the footage, the storytelling process naturally fell into place.

What is the first step in the process? Probably designing, but the students weren't designing on the day he filmed. Instead he started with the creation process: sewing.

He started with this shot: 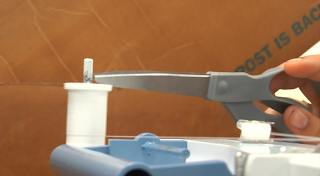 He loved this shot, so he decided to lead with it. This shot is great for two reasons:
Following are just basic sequences of the creation process. I talk to my students all of the time about shooting and editing in sequences. Check out this blog post to learn more.

Structurally, we have the beginning and middle of the piece put together. We see the beginning (symbolically the thread on the sewing machine), and we see the clothing being put together. The clothes they were making were not the ones worn in the fashion show, but that doesn't really matter at this point. We are crafting a story through the magic of editing. This is the middle.

The natural ending for this story is the fashion show itself: 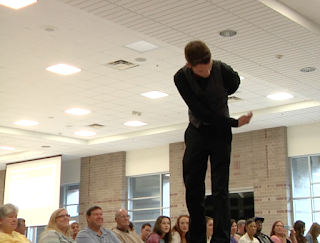 This worked ok as the end, but it lacked a sense of finality. However, he found it when looking at the footage from the START of the show: 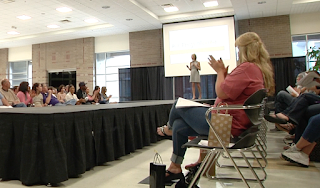 This story exemplifies a great first step for this student in the storytelling process. It has a natural arc. It has a beginning, middle and end. Story.

Think about this easy process when telling your own story through video. Other ideas? Feel free to leave them in the comments below!
Posted by Court Allam at 12:22 PM No comments: