One of the most reliable and time-tested concepts in football is the Flat/Curl concept. Everyone from flag football teams to the NFL runs it in some form.

This year it was our most successful pass play. We were 14/16 on the play, a sign that we should have called it MORE throughout the year.

Here is a cut-up of our Curl concept from last year:

Next year, we are looking to make one change. We are going to make Z a Choice route, similar to what we do with Z on our mesh concept.

Rationale:
vs. a 2-High look there will likely be two linebackers, which provides more grass for the Spot.

Against a 1-High look there could be three linebackers in a 3-3, but we also like the post or fade vs. a 1-high Cover 3 or Cover 1 look. 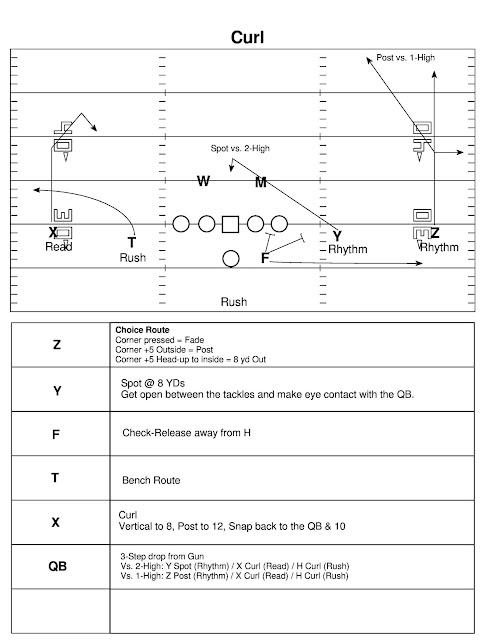 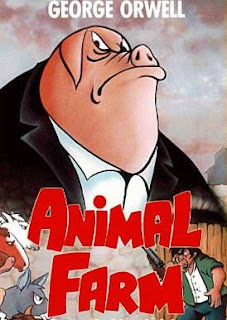 When I was in high school, I studied George Orwell's Animal Farm through the lens of the Russian Revolution. I'm sure you did too. We had to learn which character represented whom. You know, Old Major represents Lenin... or was it Marx? See, almost 20 years later I can't remember.

If I can't remember, I should not expect my students to learn and memorize facts that will not be important to their lives after high school.

Previously, I wrote about close reading resources to support the Common Core. Animal Farm is one of the richest books we have on our shelves to teach two key concepts: rhetoric and satire.

This year, we had our students read the entire book, then we went back and taught rhetoric and satire through specific speeches. We didn't worry about which character represented whom in history; our objective was to get students to closely read and analyze the rhetoric in the speeches the characters delivered.

1.We used this lesson to teach rhetoric: the rhetorical triangle, appeals, and rhetorical strategies/fallacies.

2. Of course, the first major speech is from Old Major, imploring the animals to dream of a better future. Here is the text from the book that students performed a close read of Old Major Text.

4. After practicing with Old Major's speech, we did a summative assessment with two of Squealer's speeches combined: Squealer text. Students did a close read and then wrote another rhetorical precis over the speeches, analyzing the appeals and persuasive techniques. Here is the rubric we used to grade Squealer's speech.

5. Once we taught rhetoric, we switched gears to satire. We used a portion from Chapter 8 to teach satire: Chapter 8 text. Our purpose was to have students identify Orwell's elements and objects of satire. He uses satire throughout the book; however, the aftermath of the Battle of the Windmill is particularly rich.

Even after teaching Animal Farm this year, I still can't remember if Old Major represents Lenin or Marx. I don't care if my students can remember it either. However, I hope that they can take the skills that we taught them, such as close reading and analyzing rhetoric and satire, and apply them to much more challenging works as they move on through high school, college and beyond.
Posted by Court Allam at 4:30 PM 4 comments: